This Canadian version of the US syndicated series Project Runway made its debut on the Slice specialty channel in October 2007, and was moved to the parent Global network in January 2009. 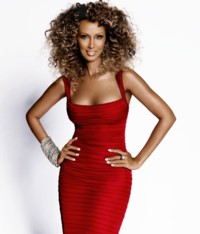 The reality series focused on fashion design, pitting contestants against one another to design clothes from a limited supply of materials, with a time limit and specific requirements regarding the theme for the clothing.

Project Runway Canada premiered on Global on January 27th 2009 at 10pm.
It was included in the Global Network 2009-2010 schedule that was announced on June 3rd 2009, on Saturdays at 10pm, but was later cancelled before a third season had begun.